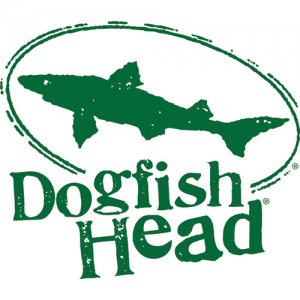 The story of Dogfish Head began in June of 1995 when we opened Dogfish Head Brewings & Eats, the first state’s first brewpub opened in the resort beach community of Rehoboth Beach, Delaware. The plan was to bring original beer, original food, and original music to the area. Not only was Dogfish Head Delaware’s first brewpub, it was the smallest commercial brewery in America. Our very first batch, Shelter Pale Ale, was brewed on a system which essentially was three little kegs with propane burners underneath. Brewing 12-gallon batches of beer for a whole restaurant proved to be more than a full time job. When the doors to the pub first opened, we brewed three times a day, five days a week! The one benefit to brewing on such a small system was the ability to try out a myriad of different recipes. We quickly got bored brewing the same things over and over – that’s when we started adding all sorts of weird ingredients and getting kind of crazy with the beers! The beer wasn’t the brewpub’s only draw. The pub’s menu centered on a wood-burning grill. We soon became known as the place to enjoy fresh grilled seafood, burgers, pizzas and sandwiches. The wood-burning grill imparts a unique flavor to everything on the menu, whether it’s a hearty sandwich, a delicate piece of fish or our signature pizza dough. With the popularity of the pub growing, it was quickly apparent that the 12-gallon brewery would not keep up with demand. We built a new brewery and underwent a thirty-fold expansion of the brew house! The reputation of Dogfish Head ales quickly grew beyond Delaware’s borders. Calls from Philadelphia, Washington, D.C., and beyond poured in, as thirsty restaurant patrons demanded their favorite beach beer at home. We began bottling our Shelter Pale Ale in 1996 and just 1 year later we expanded again – this time we separated the packaging operation from the restaurant, and kept on brewing! By 1999, we were up to five year-round bottled brands in about a dozen states. We outgrew our distributing brewery in a couple years and in the summer of 2002, we moved our entire production brewery up the road to Milton, Del., into a 100,000-square-foot converted cannery. Around the same time (just to keep thing interesting), we built a distillery on the second floor of our Rehoboth Beach brewpub, so we could make vodka, rum and gin. Thanks to all our employees and every one of our customers, Dogfish Head continues to grow today! We’re now up to nearly 20 styles of beer that are sold in more than 25 states, and a half-dozen kinds of hand-crafted spirits … and we still have some ideas in the back of our collective heads. If you haven’t had the chance to taste Dogfish Head, find a beer, track down one of our spirits or visit one of our restaurants! You will see why international beer writer Michael Jackson called Dogfish Head “America’s most interesting and adventurous small brewery.”PA with a lot of citrusy hop character, it’s the session beer for hardcore enthusiasts!

We distribute Dogfish Head in the markets that are served by: