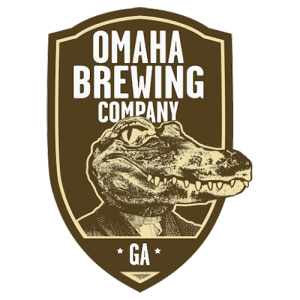 When we decided to start a brewing company in Omaha, Ga., (Yes, Georgia) it wasn’t only because our family believes in the craft and individuality found in each craft beer, but because craft beer isn’t prevalent enough in the South. We want to incorporate our family-oriented upbringing into the craft beer industry and brew a barrel of beer that feels like Southern comfort and the crisp mornings Georgia knows best. Robert and Stephanie Lee began the foundation for OBC on December 12, 2012 after realizing the crossroads between opportunity and necessity. It takes a consistent effort and people who care to operate a craft brewery, and the Lee’s found that foundation after hiring Brewmaster Nick Fowler, formerly of Red Brick Brewing Company in Atlanta, and sales and marketing manager Rob Lee, Robert’s son. Omaha is located just south of Columbus, Ga., on the Alabama line where Robert grew up with his four brothers and two sisters. Our current building was built in the late 1940’s as a school and renovated in the 1990’s into an industrial plant manufacturing miscellaneous parts. When Dr. Lee bought the building in early 2013, renovations began and continue to this day. Distributing to the public since June 2014, OBC’s plans of expansion are already in play. A new building, adjacent to the current, began construction in May, 2015, and now houses the 30-barrel brewhouse, 60 and 120-barrel fermenters and packaging equipment, including a Wild Goose WGC 250 canning line. Distribution began outside of the Columbus and Valdosta markets in late 2015 and continue to grow state-wide month to month. We use only the best ingredients (And trust us, there won’t be beer unless it’s fresh) and a clean, consistent method to boil and ferment a beer The General himself would enjoy. Our brewing methods have stood the test of time in countries such as Germany and Belgium, and we continue to improve every day.A unique asset running right underneath the breweries foundation is an underground spring, supplying all of the breweries water. The artisan spring water also has ideal, stable water chemistry, providing an optimal base of which to begin our brews and ensuring a consistent product with every batch. With the ideas of family, friends and quality always on our minds, we want to make beer that people enjoy and can relate with; Not just sometimes, but every time you look at the Omaha Brewing Company Logo, taste the foam dripping off your glass and find a six-pack on the shelf of your local store.

We distribute Omaha Beers in the markets that are served by: